David French retires from KHI Board of Directors 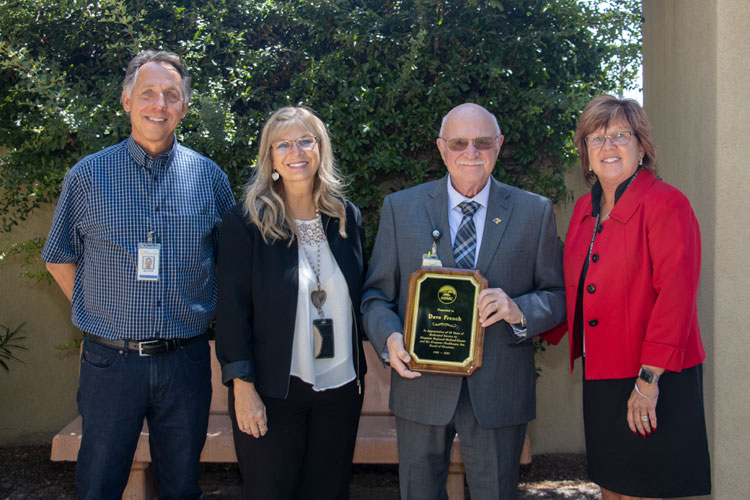 Kingman Regional Medical Center announces the retirement of David French from the Kingman Healthcare Inc. (KHI), board of directors after 36 years of service.

In addition to his work with KHI, French also served as a director on the board of the Arizona Hospital and Healthcare Association. He currently sits on the American Hospital Association Regional Policy board.

“I believe healthcare is one of the most important facets of any community,” said French, “and though it is demanding, my work with KHI has been some of the most rewarding of my career.”

French was presented with a plaque to honor his time serving on the board.

As a local non-profit organization, KHI’s primary function is to oversee the operations of Kingman Regional Medical Center.

KHI’s Board of Directors consists of eleven elected board members along with KRMC’s Chief Executive Officer and Medical Chief of Staff.